Home » What garlic can do for the common cold 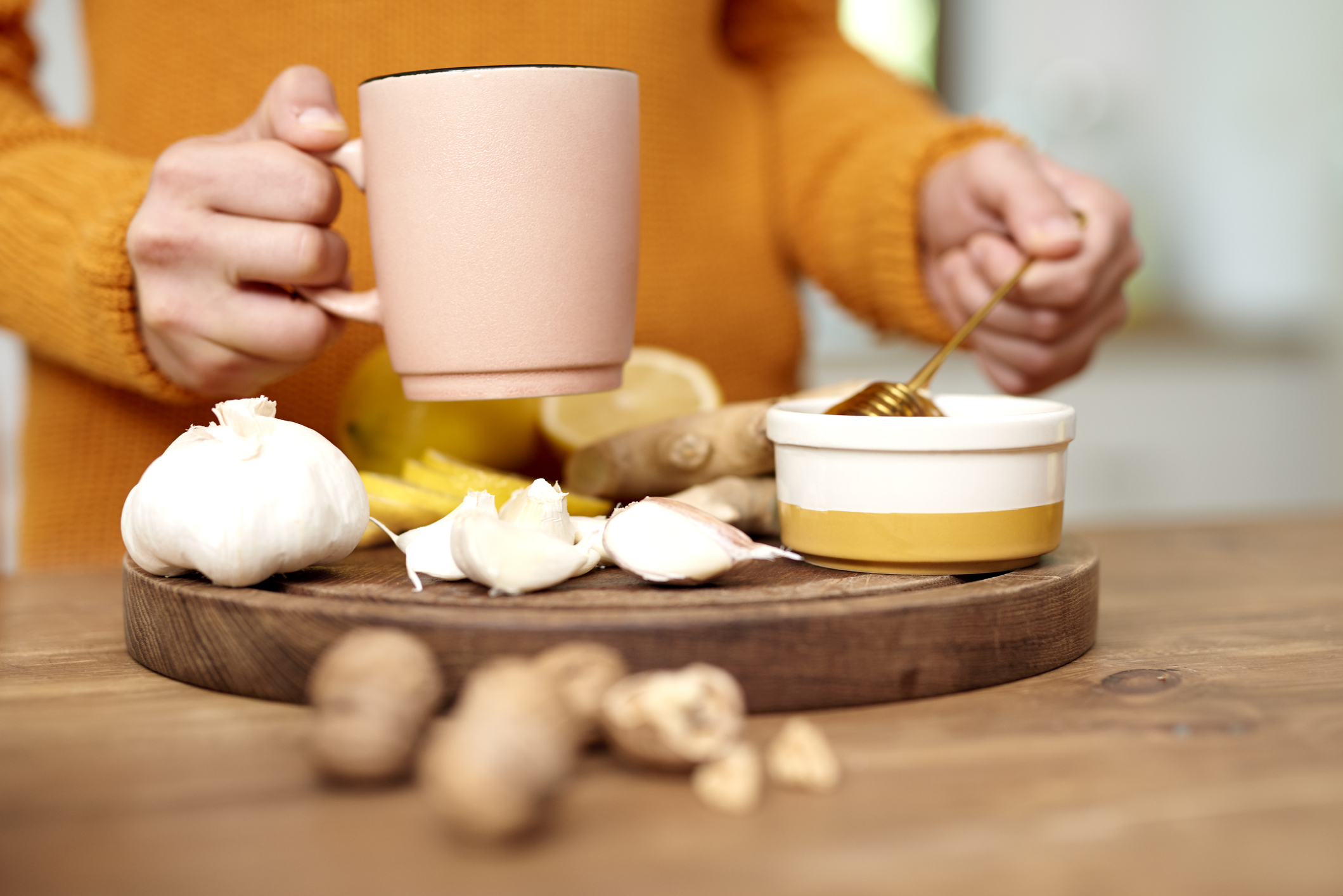 Don’t you just hate the icky feeling when you are coming down with a cold? No one wants to feel tired, achy or miserable, so you run to the drugstore for something to soothe your symptoms or you tough it out.

Many people don’t take off work when they feel bad, so they go to work often passing the germs to others, contaminating surfaces and spreading the misery.  This often leads to more people getting sick.

Catching a cold is one of the most commonly occurring illnesses; on average, children have six to eight colds per year and adults have two to four.

The cost of the common cold

The cost of a simple cold can really add up. U.S. Consumers make approximately 26 trips a year to purchase over-the-counter products to treat their symptoms with the average consumer spending $338 per household, according to the data collected by the Consumer Healthcare Products Association.

That makes a serious dent in your pocket. Then there are the concerns about over-the-counter cold remedies…

For at least 10 years, research has linked anticholinergic drugs — a type of drug which includes nighttime cold medicines — with cognitive impairment and an increased risk of dementia in older adults.

Is there a better way? Well, there’s no magic cure for the common cold, but you might find a way to ward one away, shorten the duration or ease your symptoms.

We have all heard about garlic which is believed to be useful for the treatment of the common cold. But does it actually work?

The fact is that garlic has been used for centuries in various ways to combat infectious diseases. The most researched antibacterial activity of garlic is attributed to allicin. It is believed that Louis Pasteur, a French biologist, described the effect of garlic for the first time in 1858, although no reference is available.

And as the years of interest in garlic have ticked on, modern research has found garlic to be effective against many strains of bacteria.

But what about the virus behind the common cold?

There have been mountains of research to see how it stacks up. But in the scientific world, it’s almost standard practice to end research conclusions with, “… although the results were reliable this single trial isn’t enough to validate that garlic has antibacterial and antiviral properties…”

So, we’ll just share the research and let you make up your mind…

Overall, garlic appears to carry some clout for preventing the common cold, and we may know why…

Getting your garlic on

Allicin, which is the active ingredient in garlic, and other sulfur-containing compounds in garlic have been shown to boost the disease-fighting response of some types of white blood cells in the body when they encounter viruses.

But considering the effects of eating enough raw garlic to boost your health, supplementing may be the less offensive route.

American Family Physician suggests one to two cloves of raw garlic per day. More than that and you may experience a burning sensation of the mouth or stomach — not to mention heartburn, gas nausea, body odor and bad breath.

Garlic is safe to consume by mouth for most people however some can have allergic reactions. Raw garlic can cause severe skin irritation.

Garlic is a natural blood thinner, so if you’re on blood-thinning medication, make sure your doctor gives you the OK to either supplement it or eat more of it.

Garlic for the Common Cold — Cochrane

Preventing the common cold with a garlic supplement: a double-blind, placebo-controlled survey — Advances in Therapy