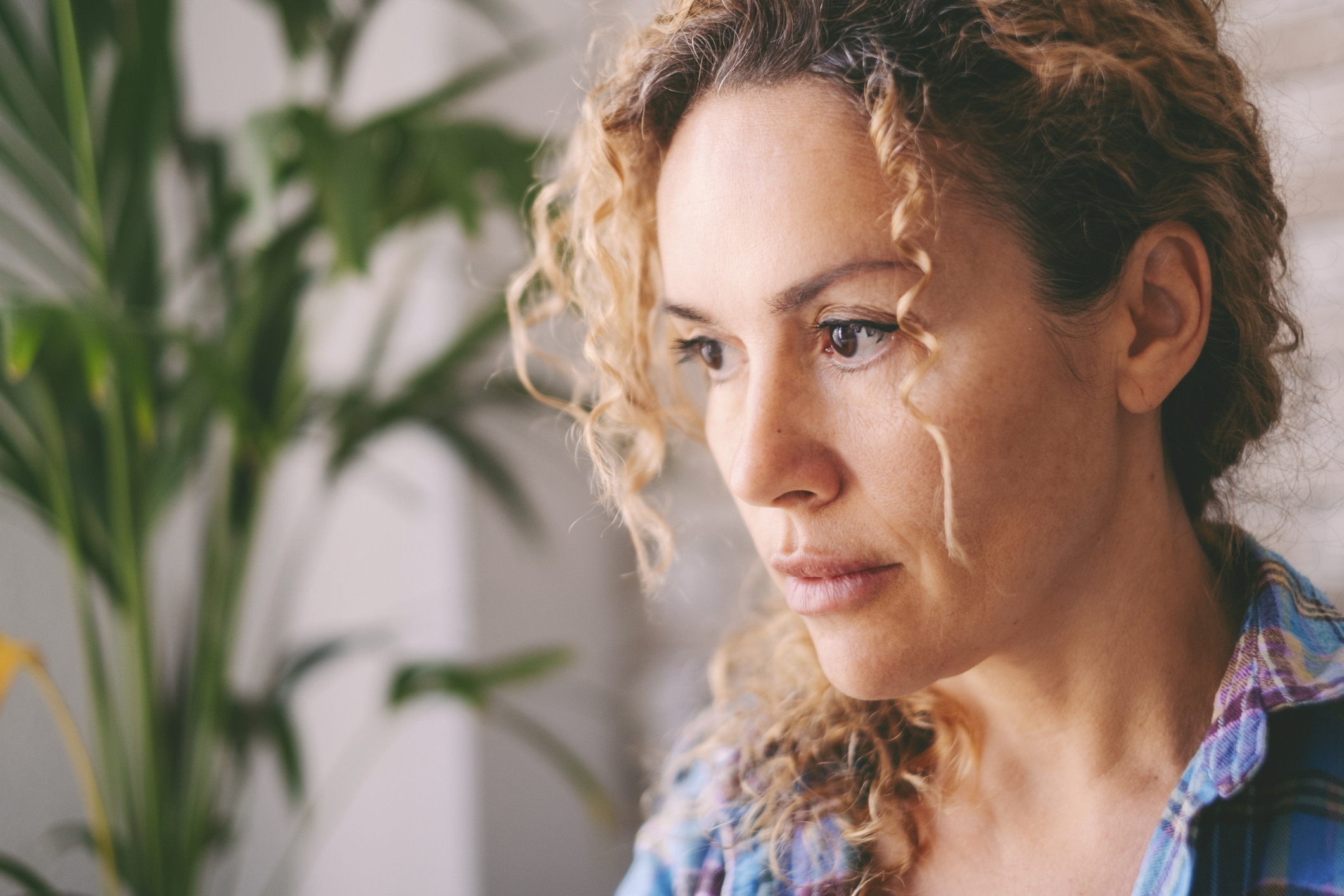 When women see their doctors, they are far more likely to get the short end of the stick and have their symptoms ignored.

Research has shown that women are more likely to die from heart failure and heart attack than men, but doctors don’t pay attention to the warning signs.

Sleep apnea is an underdiagnosed danger for women.

And when it comes to Parkinson’s, women are far more likely to receive a delayed diagnosis even though they’re also more likely to have an earlier onset of the disease than men.

So is it any surprise that doctors are still telling women they’re depressed or menopausal when the truth is their thyroid is to blame?

Veronica was just 24. And while she used to be confident and outgoing, the last months had left her so depressed that she told her mother she no longer even wanted to be there.

Her body ached, her energy was in the toilet and her skin was dry and cracked. And in just two years, she had packed 42 pounds on her once slender frame.

So what do you think happened when she went to her doctor desperate for help?

Veronica was told she was just depressed and offered a prescription for anti-depressant medication.

Luckily, Veronica wasn’t buying into the Big Pharma solution and instead opted for talk therapy. And finally found real help.

The mental health professional, rather than just scheduling Veronica for appointments and cashing her checks, ordered blood work that proved Veronica’s symptoms weren’t just in her head.

They were caused by a low thyroid, something her primary doctor failed to even look for.

And after receiving treatment that addressed her true health problem, Veronica was able to drop close to nine pounds in just three weeks and was down 12 in three months.

Even better, her body aches disappeared and her depression lifted.

Why do doctors so frequently misdiagnose thyroid issues in women?

According to Dr. Salman Razvi, a consultant endocrinologist and a senior clinical lecturer at Newcastle University, the problem is partly down to the fact that the definition of “normal” thyroid function is a “minefield.”

And though Dr. Razvi practices medicine in the U.K., hypothyroidism, or low thyroid, is one of the most misunderstood and misdiagnosed conditions in the U.S.

For starters, the reference range doctors use to determine whether or not your thyroid is in a good place is really broad. It’s based on a mathematical equation that doctors appear to give more weight to than patient symptoms.

Another issue is that what’s truly normal for one person, might be abnormal for another. So you could have problems with your thyroid function and still fall into the “normal” range on a test. One suggestion to avoid this trap is to have baseline thyroid tests done annually. That way it may be easier to determine your “normal.”

Doctors may also be erring on the side of caution. Older patients prescribed a common medication for low thyroid, levothyroxine, may be vulnerable to side effects including osteoporosis and atrial fibrillation.

Giving the thyroid the support it needs

If you’re experiencing thyroid symptoms but your doctor has dismissed the condition as a possibility, it’s time to be your own advocate.

If your doctor is unwilling to test or retest you, you can ask to be referred to an endocrinologist who specializes in thyroid problems and can dig deeper into your issues.

Finally, you can support your thyroid with the nutrition it needs, especially if you know you don’t eat as well as you always should. Peak Thyroid Support™ is specially formulated to support healthy thyroid function with:

Remember, your doctor may ignore your thyroid symptoms, but you don’t have to do the same.

An age-old question: Why are so many women told they’re depressed or menopausal when it’s actually their thyroid? And why are others prescribed drugs for the condition when they don’t even need them? – DailyMail.com