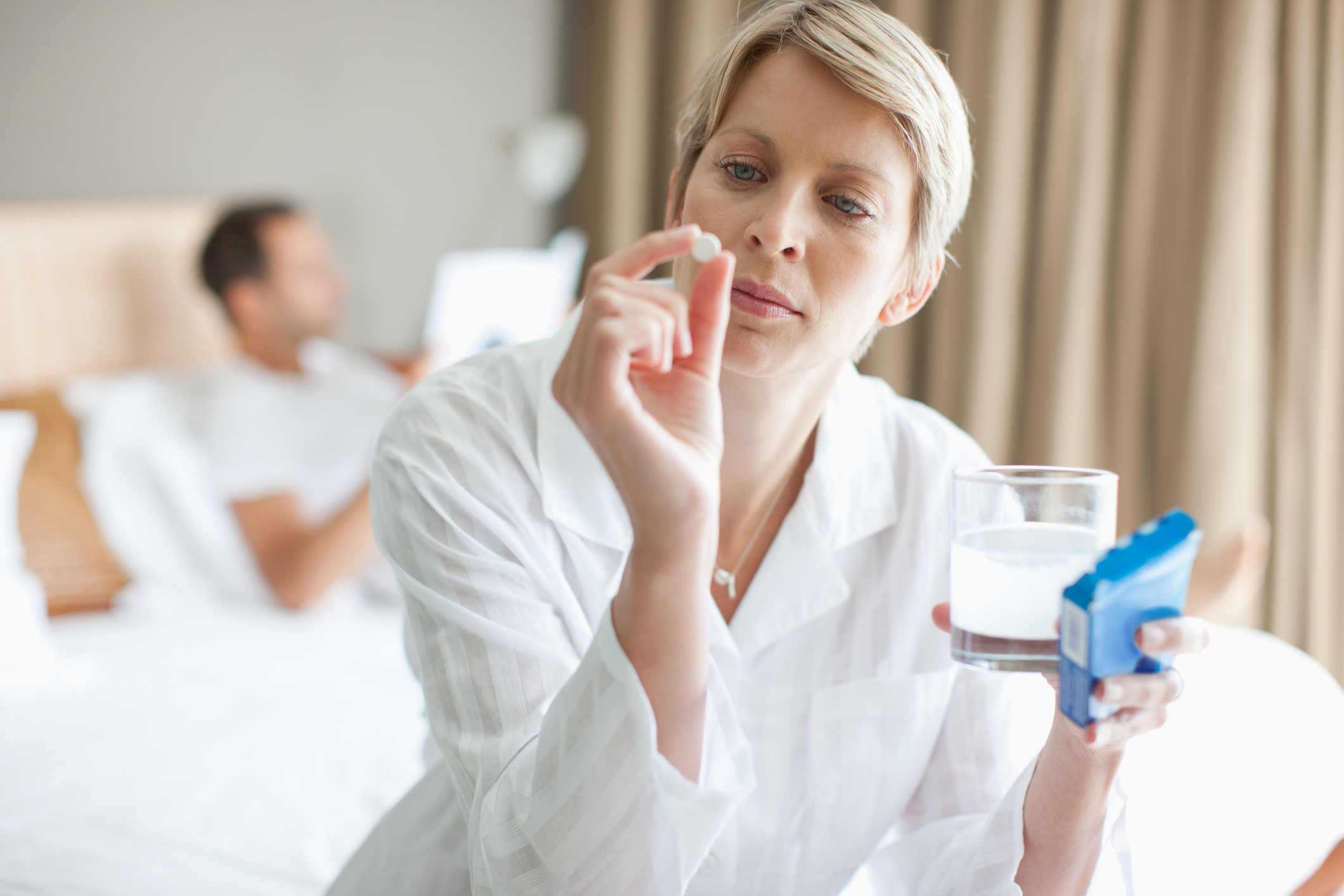 If you are 65 or older and have a family history of Alzheimer’s disease, you need to pay special attention to what I’m about to share with you. If you’re a woman, it could be even more important.

You could be taking a drug that, while it’s taking care of one problem, is setting you up for memory loss, cognitive impairment and quite possibly, Alzheimer’s disease.

This class of drug is prescribed for a wide variety of problems, from depression to urinary incontinence to COPD, and even as a solution for plain old indigestion.

How can one type of drug treat so many different problems, you may ask? And what does it have to do with cognition and Alzheimer’s?

What are anticholinergic drugs?

Anticholinergics are a commonly prescribed group of medications, also called antispasmodics. They treat everything from Parkinson’s to urinary incontinence to COPD and asthma to irritable bowel syndrome.

Some are even available over the counter, for example, in allergy medications.

How can one type of drug treat so many different problems, you may ask?

The answer lies in what anticholinergics do. Essentially, they stop the involuntary nerve impulses that cause things like muscle cramps, urination, coughing and sneezing.

To do this, they block the neurotransmitter acetylcholine from binding to receptors on nerve cells.

Research on anticholinergics and Alzheimer’s

At least three recent studies point to a strong connection between anticholinergics and cognitive impairment and Alzheimer’s.

In a recently concluded study, 688 adults, some of whom took anticholinergic drugs, were given annual comprehensive cognitive tests for up to 10 years.

People who took the drugs, and who had biomarkers for Alzheimer’s disease (such as amyloid plaques and tangles, or specific proteins found in cerebrospinal fluid) were four times more likely to develop MCI than people without biomarkers and not taking the drugs.

Also, people at genetic risk for Alzheimer’s who took anticholinergic drugs were 2.5 times more likely to develop MCI than those without genetic risk factors and who were not taking the drugs.

A 2019 British study concluded that “exposure to several types of strong anticholinergic drugs is associated with an increased risk of dementia.”

Finally, a long-term study published in January 2015 had similar findings.

After following a group of almost 3500 people aged 65 and older for up to 18 years, researchers determined that people who used anticholinergics for at least three years had a greater risk of developing dementia.

These researchers concluded, “Given the devastating consequences of dementia, informing older adults about this potentially modifiable risk would allow them to choose alternative products and collaborate with their health care professionals to minimize overall anticholinergic use.”

Are bladder leaks worth sacrificing your brain?

If you’re over 50, and especially if you have Alzheimer’s in your family, you should talk with your doctor before embarking on a course of any drug in this class.

The best way to save yourself from cognitive impairment and Alzheimer’s is to use natural alternatives. This is especially true for women, who are often prescribed anticholinergics for depression and urinary incontinence.

Sure, loss of bladder strength to lead to some embarrassing moments, but you still have options that won’t steal your memory…

Anticholinergic drugs and risk of dementia: case-control study — the bmj