Home » Is a nut the secret to aging better? 30-year study says yes! 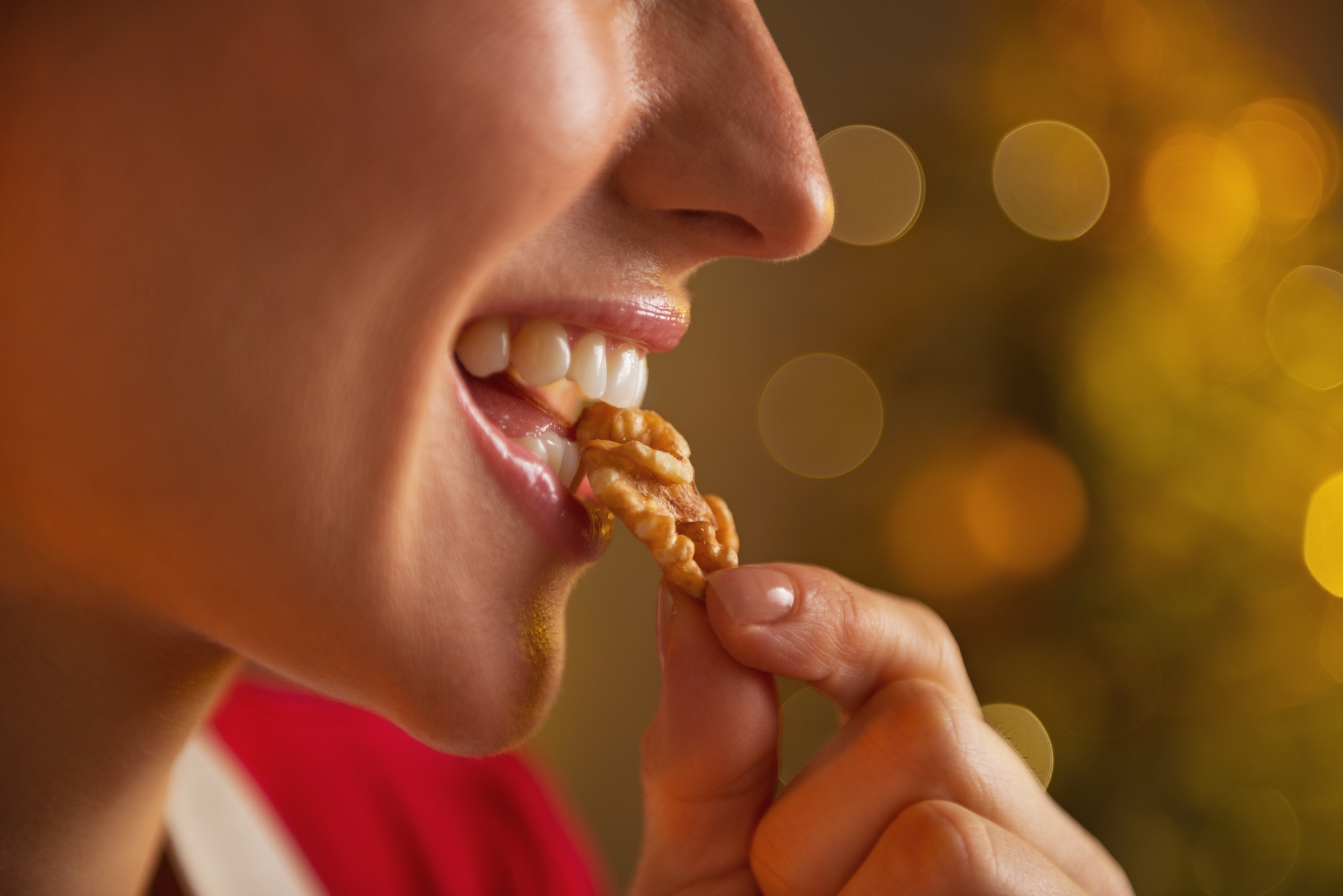 Walnuts have a storied history. In ancient Persia, this nut was reserved for royalty. And ancient Romans referred to the walnut as “Jupiter’s royal acorn” and considered it food for the gods.

Today, thankfully, you don’t have to be king or a god to eat walnuts — else you’d miss out on some incredible benefits…

Walnuts are excellent for heart health. Much of those benefits can be attributed to alpha-linolenic acid (ALA), a plant-based omega-3 fatty acid that may help lower blood pressure and reduce the risk of death following a heart attack.

The ALA in walnuts also plays a role in brain health. And the antioxidants in walnuts, including polyphenols, can fight free radicals, keeping them from causing cell damage.

Now, a review of health data gathered over 30 years has reinforced these health benefits — and opened a window into healthy aging…

The connection between walnuts and better health with age

Health data and diet information was collected from more than 3,000 otherwise healthy black and white men and women who were between the ages 18 to 30 at the beginning of the Coronary Artery Risk Development in Young Adults Study (CARDIA) study — a long-term, ongoing study supported by the National Institutes of Health that monitors the development of heart disease risk factors over time.

The participants were divided into three groups: walnut consumers, other nut consumers or no nut consumers. These groups were then assessed for heart disease risk factors and information was tracked on dietary intake, smoking, body composition, blood pressure, plasma lipids like triglycerides, fasting blood sugar and insulin concentrations.

The researchers discovered that participants who ate walnuts early on in life were more likely to be more physically active, have a higher quality diet and experience a better heart disease risk profile as they aged into middle adulthood.

Specifically, compared with the other groups, the walnut consumers:

According to Professor of Epidemiology and Community Health at the University of Minnesota School of Public Health and Lead Researcher on CARDIA, Lyn M. Steffen, PhD, MPH, RD, “Walnut eaters seem to have a unique body phenotype that carries with it other positive impacts on health like better diet quality, especially when they start eating walnuts from young into middle adulthood — as risk of chronic diseases like heart disease, obesity and diabetes elevates.”

This was one of the longest studies to suggest adding roughly a handful of walnuts (3/4 oz.) to your diet could act as a bridge to other health-promoting lifestyle habits later in life.

But even if you’re older than the study participants were when they first began eating walnuts daily — it’s never too late to make improvements.

I have to admit, I’m not a big fan of raw walnuts. I much prefer the crisp, dry texture of roasted walnuts, especially those that are dry roasted without added oils. However, I’ve avoided roasting them because I feared the healthy oils and nutrients in the walnuts would be destroyed in the roasting process.

Thankfully, that does not seem to be the case. Experts say the nutritional profile of roasted walnuts is almost identical to that of raw walnuts, including the polyphenol content responsible for the nuts antioxidant benefit.

Bottom line: raw or roasted, a handful of walnuts is a smart addition to anyone’s daily diet. Mix them into your morning cereal or yogurt, toss them in a salad or simply snack on them throughout the day for a strong, healthy heart and metabolism.

Study suggests walnuts are bridge to better health as we age — EurekAlert!

Does toasting nuts make them unhealthy? — The Globe and Mail

Raw nuts vs Roasted: Which is more nutritious? — HealthyBlog