Home » Why avoiding alcohol entirely may be bad for the brain 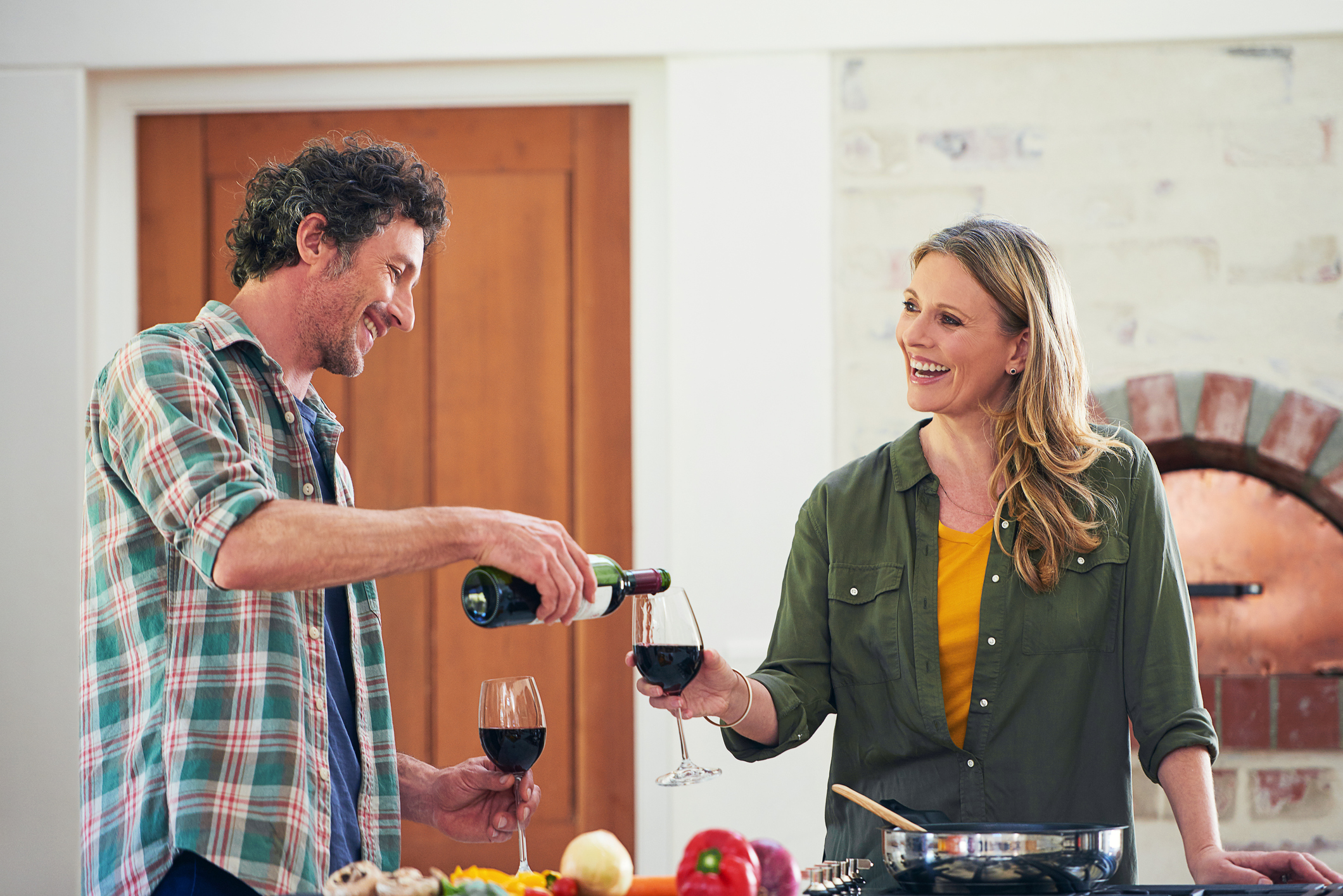 You may have seen the recent headline that one in 10 adults now has dementia. Not to mention all the other reports that Alzheimer’s is on the rise.

That’s why many of us are anxious to put scientifically proven ways to lower those risks to work.

But there’s been a lot of confusion surrounding one of those risk factors — drinking alcohol.

While some studies suggest heavy alcohol use increases dementia risk, others have found no connection between heavy drinking and dementia.

And a 2018 study actually suggested that moderate drinking was associated with reduced dementia risk compared with abstinence and heavy alcohol consumption.

So it’s easy to see why some of us aren’t sure which way is up when it comes to even just one daily glass of wine or a cocktail or two.

Thankfully, an international team of researchers decided to analyze more than a dozen studies to determine the impact of alcohol consumption on dementia risk. Here’s what they found…

Abstinence could raise your dementia risk

Their meta-analysis covered 15 prospective epidemiological cohort studies from countries across six continents and included a total of 24,478 individuals over the age of 60.

The average age of participants was 71.8 years and none of those chosen for this research had any history of dementia at baseline and had at least one follow-up assessment for dementia.

According to the results, the risk of dementia was greater among alcohol abstainers than occasional light-moderate and moderate-heavy drinkers.

Among those who did not imbibe, the researchers found no differences between lifetime abstainers and former drinkers in terms of dementia risk.

And among current drinkers, there didn’t appear to be any consistent evidence to suggest a link between the amount of alcohol consumed later in life and dementia risk.

While these findings are relevant to the majority of older drinkers, the study doesn’t provide evidence on the associations between dementia risk and heavier drinking or alcohol use disorder, both of which are relatively rare in the general population.

Some previous studies have found that specific alcoholic beverage types, like wine, are more protective against dementia when compared with other types like spirits. But in this study, beverage type wasn’t consistently assessed and therefore couldn’t be considered.

The protective effects of resveratrol

This was a huge study that looked at a lot of data, so it seems pretty conclusive that those who drink alcohol in moderation are in the best boat when it comes to avoiding dementia.

And even though this study didn’t delve into whether wine, beer or spirts are any healthier than each other, plenty of other studies have.

Red wine in particular has been linked with numerous health benefits, such as protecting against high blood pressure and heart disease, bringing balance to your blood sugar and keeping your brain sharp.

In blue zone populations, areas where people tend to live particularly long and disease-free lives — like the Greek isle of Ikaria, red wine is often consumed with the evening meal.

The healthful benefits of red wine have been attributed to resveratrol, a polyphenol that’s especially abundant in the skin of red grapes. Polyphenols are natural antioxidants that increase helpful bacteria in our gut, reduce harmful bacteria and prevent inflammation that can lead to heart disease and other chronic conditions.

One study of resveratrol concluded that taking a small dose regularly can improve cognitive function, blood flow and brain health. And a second found patients who took resveratrol showed significant improvements in processing speed and cognitive flexibility, both of which are part of executive functioning. This set of mental skills helps us focus, follow directions and handle emotions.

Based on these findings, the researchers concluded that supplementing with resveratrol daily has the potential to slow cognitive decline by as much as 10 years.

In short, if you want to continue to indulge in a daily alcoholic beverage and you want to stave off dementia, red wine is probably your best choice. Just keep your consumption down to one or two 5-ounce glasses a day at most to keep within that moderate consumption range.

The relationship between alcohol use and dementia in adults aged more than 60 years: a combined analysis of prospective, individual-participant data from 15 international studies — Addiction

Increased risk for all-cause dementia in people who abstain from alcohol — News-Medical.Net