Home » How well are you aging? Your nose knows 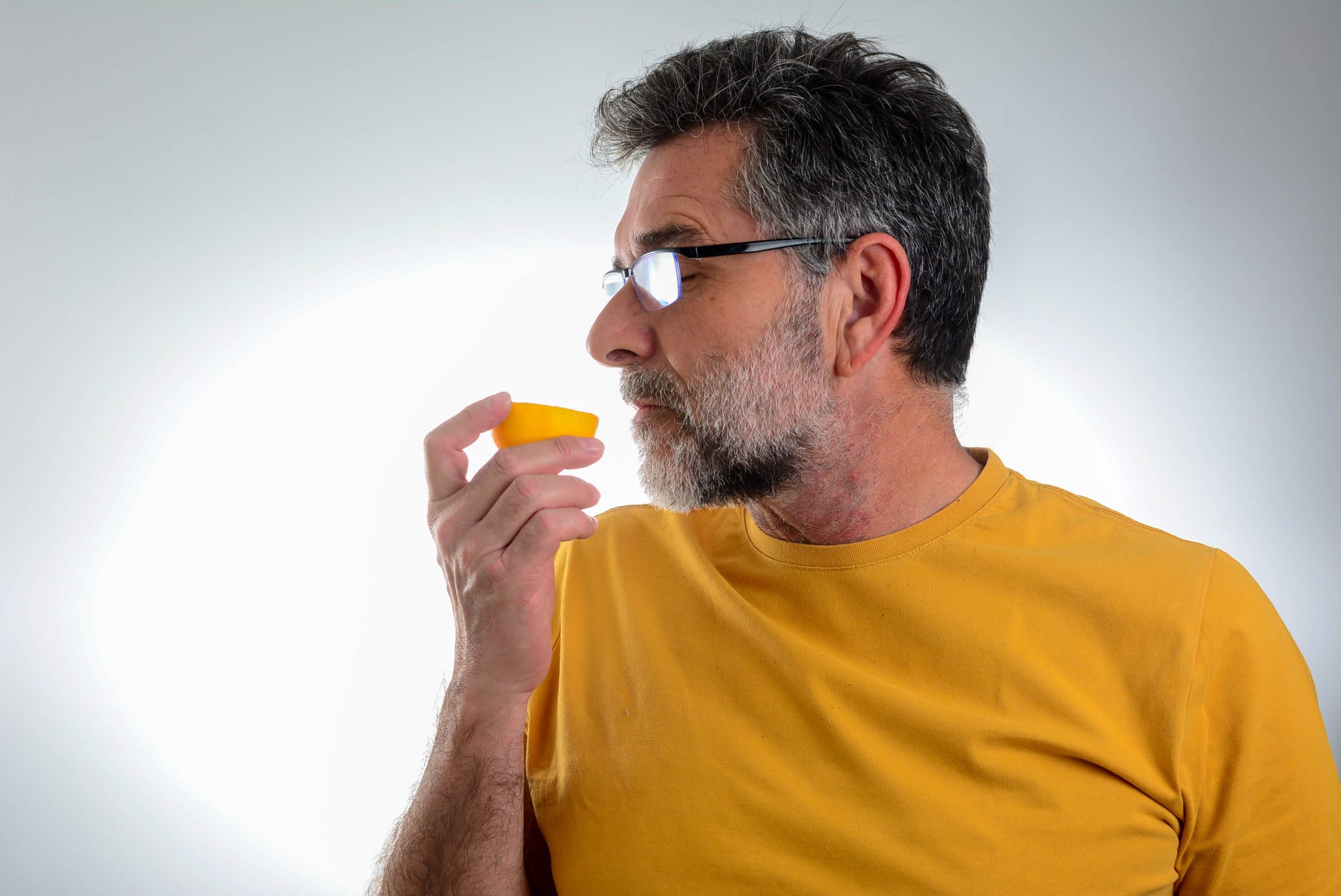 One of the best predictors of risk of death as you age is your level of frailty.

According to Johns Hopkins, that’s because frailty increases your risk of everything from infection and disability to the risk of surgical complications and hospitalization.

This makes preventing frailty a vital part of healthy aging.

So how can you know if frailty is sneaking up on you?

All you have to do is sniff…

What the nose knows

A research team at Johns Hopkins Medicine delved into data from nearly 1,200 older adults comparing their sense of smell to their frailty score, which was based on things like weakness and walking speed.

The team found that for every one-point increase in both olfactory identification and sensitivity scores, there was a significant and meaningful reduction in frailty status.

In other words, a better sense of smell was linked to better health.

On the other hand, the worse the sense of smell, the frailer a subject was. According to the researchers, this finding suggests that smell loss could be an easy way to identify your risk of becoming frail with age.

“We use our sense of smell to identify the threat of a fire or to enjoy the fragrance of flowers on a spring day. But just like vision and hearing, this sense weakens as we age,” says Nicholas Rowan, MD.

“We found that both impaired olfactory identification and sensitivity functions are associated with frailty, which is interesting because it shows that it’s not just your aging brain at work here, but it may also be something peripheral, like something at the level of your nose that is able to predict our impending frailty and death.”

The link between sense of smell and frailty

So why does a poor sense of smell and frailty go hand-in-hand?

According to the researchers, the link likely lies in the consequences of smell loss, which include a loss of appetite, difficulty monitoring personal hygiene, depression and an inability to detect toxic fumes. In older adults, this can lead to weight loss, malnutrition, weakness, inadequate personal care and even potential injuries caused by gas leaks or fires.

Because of this, they say that in addition to having your eyes and vision checked regularly as you age, it’s also important to test your sense of smell to assess your risk of frailty and unhealthy aging. Maybe it will soon be one more evaluation tool physicians use. Until then, it’s up to you to notice any subtle changes.

A long-term study of nearly 3,000 adults, aged 57 to 85, by scientists at the University of Chicago Medical Center, found that those who could not identify at least four out of five common odors were more than twice as likely as those with a normal sense of smell to develop dementia within five years.

Now don’t let this scare you. Consider it instead a call to action to take steps known to reduce, slow or even reverse those issues, like switching to a Mediterranean diet — which has been shown to even improve healthy aging in nursing home residents.

Exercising your hands to improve grip strength — a reliable gauge of biological age, as well as frailty — can also help.

Keep moving. Many seniors sleep more and move less. Not getting exercise, even if just walking, is a huge mistake.

Coenzyme Q10 (CoQ10): A deficiency in this vital coenzyme has been linked to an increased risk of fragility.

Resveratrol: studies show resveratrol can help preserve aging muscle fibers and slow the progression of osteoarthritis — two things that can speed up frailty. It’s also one of the verified secrets supercentenarians share!

The nose knows: study suggests it may be wise to screen for smell loss to predict frailty and unhealthy aging — EurekAlert!