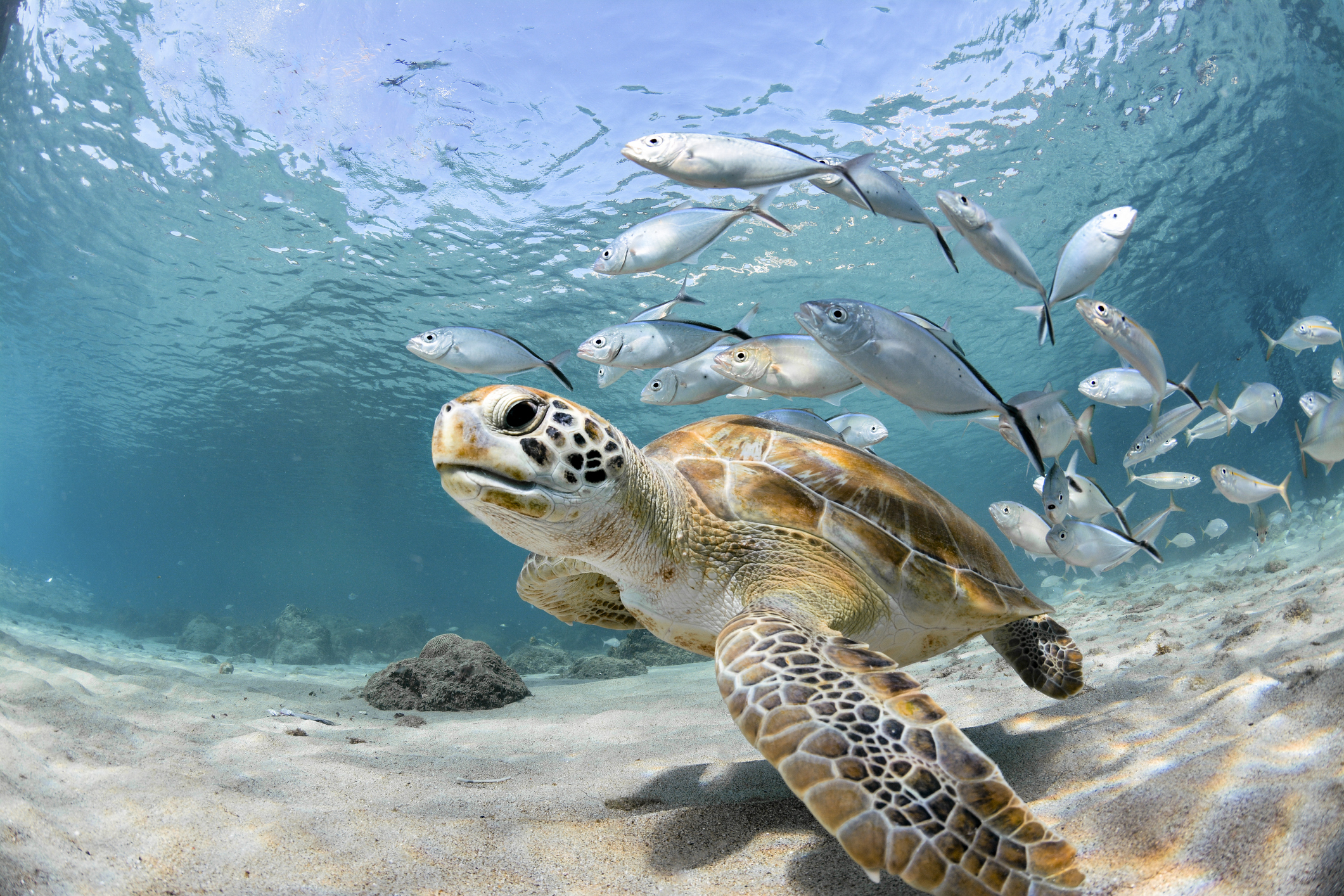 Did you see the story about the injured baby sea turtle that was rescued recently — and pooped plastic for six days?

And I don’t mean to be gross about it, but the people caring for it reported no feces came out of the little guy for six days, just pure plastic.

Sea turtles have a soft spot in my heart. Who am I kidding, all animals do.

But like most people, the story came across my newsfeed and after reading it, and feeling that sad wince in my heart, I scrolled past and something else caught my attention — because, frankly, the worry list is long enough without adding “saving the sea turtles” to it.

But the truth is, the same thing hurting that baby turtle is hurting us. If you don’t think you’re pooping plastic, you’re fooling yourself.

You may not see it, but your bloodstream is coursing with microplastics that deposit forever chemicals throughout your body.

They’re messing with your hormones, increasing your risk for heart disease and slowly poisoning your body, from your gut to your brain.

A few years ago, it was those six-pack plastic rings that got our attention. Those could get tangled around the necks of turtles, even birds, or other hapless creatures.

To “solve the problem,” manufacturers made rings that are photodegradable, which means they break down in the light.

But now we’re learning that when these rings, and other plastics trash break down — like billions of water bottles and fast-food containers — they never really go away.

They become tiny particles that are just the right size to become food for those sea animals and other creatures who absorb BPA and phthalates, the toxins in the plastics. Even plastic packaging has been found to leach microplastics directly into the foods they hold!

So, those toxins and tiny particles of plastic are passed straight on to us on our dinner plates.

But beyond seafood and water, over the past few years, microplastics have been found in meat and dairy products — and the human bloodstream.

Yes, they are so tiny, they can enter the human bloodstream, build up in organs and set off a cycle of destruction. Worse, according to the trade association Natural Mineral Waters Europe (NMWE), microplastics are even in the air we breathe.

Not all that long ago, we wrote about an NYU study proving phthalates, a class of endocrine-disrupting chemicals found in plastics and many personal care products, are responsible for 100,000 premature deaths among older Americans each year, mostly from heart disease.

One reason for that could be because they were found to raise cholesterol. They do this by binding to a receptor in your gut.

They also make us fat by interfering with our metabolism.

One-third of plastic products investigated were found to contribute to “fat cell development.” They actually spurred the production of more fat cells and the accumulation of more fat.

What’s really frightening is that even the products that didn’t have known metabolism-disrupting chemicals also triggered fat cell development and “fattening.”

Even more troubling than extra weight, when combined with fat, PFAS (plastics chemicals) are capable of reprogramming the metabolism of both benign and malignant human prostate cells.

It’s a reprogramming that converts the cells to a more energy-efficient state that allows them to grow and replicate at three times the rate of cells in the absence of the chemicals.

I could go on and on. Numerous studies have identified diseases directly related to microplastics and the toxins they invite into our bodies. So I hope you get the picture.

At this point, microplastic contamination is practically impossible to avoid.

The problem is so widespread, it’s in our tap water.  The scientists say you’ll get twice as much in your body drinking from water bottles, but if you’re opting for tap, you’re not scot-free.

That doesn’t mean I wouldn’t recommend cutting out as much plastic as you can. But it’s not going to be enough.

One researcher reported that “… microplastics are a kind of ‘magnet’ for environmental pollutants, concentrating them on its surfaces, ‘ferrying’ them through our digestive tract, and releasing them in a concentrated form in certain areas, thus causing increased toxicity.”

That’s frightening enough on its own, but considering that leaky gut syndrome is common these days, we are wide open to this toxic damage.

You may not be able to save the turtles, but you can save your health

When detox was all the rage a couple of years ago, a lot of people thought it was just another fad.

Detox is no fad. Why else does your body contain a liver? Its chief duty is to detox your body by filtering your blood.

Your liver may not be able to keep plastic out of your bloodstream, there are a few ways it helps take care of toxins…

Blood coming from our digestive organs flows through the liver, carrying not only the nutrients we consume but also fat, medication and toxic substances. Those substances are processed, stored, altered and detoxified, and passed back into the blood or released to the bowel for elimination.

Another way the liver helps is called phagocytosis. In this process, the liver filters toxins through the sinusoid channels which are lined with Kupffer cells. These are immune cells that engulf, digest and then excrete the toxin.

Even as a last resort, the liver will store toxins in an effort to protect the rest of the body. Talk about commitment.

So while detox is a good idea (I practice salt water detox a few times a year), and even a plastic detox (where you make a concerted effort to use less plastic in your life), if you do these things without supporting your body’s hardest working organ, it’s all for naught.

I would suggest the following:

An injured tiny turtle defecated plastic for 6 days after being rescued by an Australian zoo — Fortune.com

How does the liver work — InformedHealth.org