Home » Stroke danger: Why plaque thins and breaks off 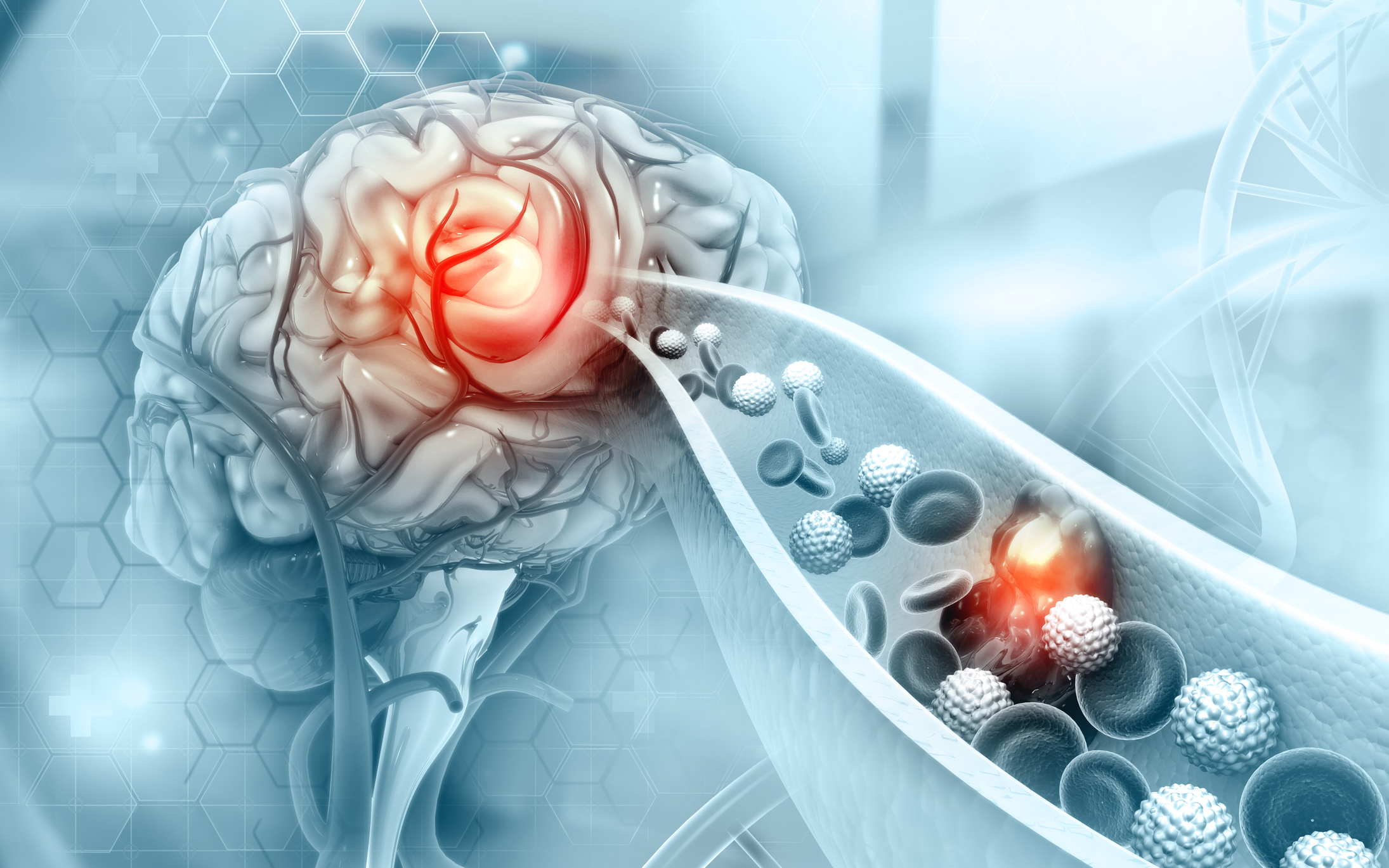 One of the scariest things about stroke is how it often strikes with little to no warning.

Take my friend’s mom, for instance. She was perfectly healthy… then one day, out of nowhere, she had a stroke that put her in the hospital.

With rehab, my friend’s mom made a complete recovery. But others aren’t so lucky. Survivors of stroke often have to live with partial paralysis, speech problems, memory loss and vision problems. The stroke can even affect their personality.

Some risk factors make it more likely for you to experience a stroke. Some of them are within our control, like high blood pressure, smoking, diabetes, poor diet, high cholesterol, obesity and lack of exercise.

One condition that can really up your stroke risk is atherosclerosis, a narrowing and hardening of the arteries resulting from deposits of plaque. Plaque consists of cholesterol, fatty substances, cellular waste products, calcium and fibrin (a clotting material in the blood).

These plaque deposits can rupture or break off and travel to other parts of the body — like the brain — where the fragment blocks blood flow.

Scientists know this is how atherosclerosis can lead to stroke. But they haven’t been clear as to exactly why these plaque deposits suddenly become unstable and burst or break away. That may change thanks to a recent study by researchers at Tulane University and Ochsner Health….

It’s all in the RNA

The inability to study plaques during a stroke has been a key obstacle preventing researchers from identifying the trigger for plaque rupture.

Blockage of the carotid artery is a common cause of some ischemic strokes. Previous studies have had to rely on carotid artery samples obtained after the patient’s death or months after the stroke or heart attack.

In this more recent study, the research team was able to collect carotid plaque tissue from patients within days after a stroke. Then, they genetically sequenced that tissue.

When comparing these samples to stable plaque, researchers discovered the tissues from recent stroke victims contained messenger RNA that can cause inflammation, a known risk factor in atherosclerosis. The messenger RNA can also trigger processes that degrade a portion of the plaque that protects against rupture.

“The genes identified in our study could be used as targets to develop new drugs or diagnostics to help prevent strokes and heart attacks,” says study senior author Dr. Cooper Woods, a professor at Tulane University School of Medicine.

Even if you don’t already have atherosclerosis, chances are you have at least some plaque in your arteries. What can you do to keep it from getting worse?

For starters, you can follow the top 8 lifestyle changes that can keep stiff arteries from making a stiff of you.

Next, consider an artery-clearing cocktail that’s gotten a lot of attention: fish oil, cocoa extract and phytosterols. Here’s why…

According to the Cleveland Clinic, when phytosterols are combined with omega-3 (DHA) they not only lower LDL but also improve HDL (good cholesterol) and lower triglycerides. They also note that the omega-3s in krill have greater bioavailability.

Finally, consider having a glass or two of red wine each day to benefit from its high resveratrol content. Drinking red wine daily is said to cut heart attack and stroke risk by as much as 50 percent and reduce arterial plaque buildup by more than 30 percent. And like pomegranates, red wine stimulates the body’s production of nitric oxide, which helps improve blood flow.