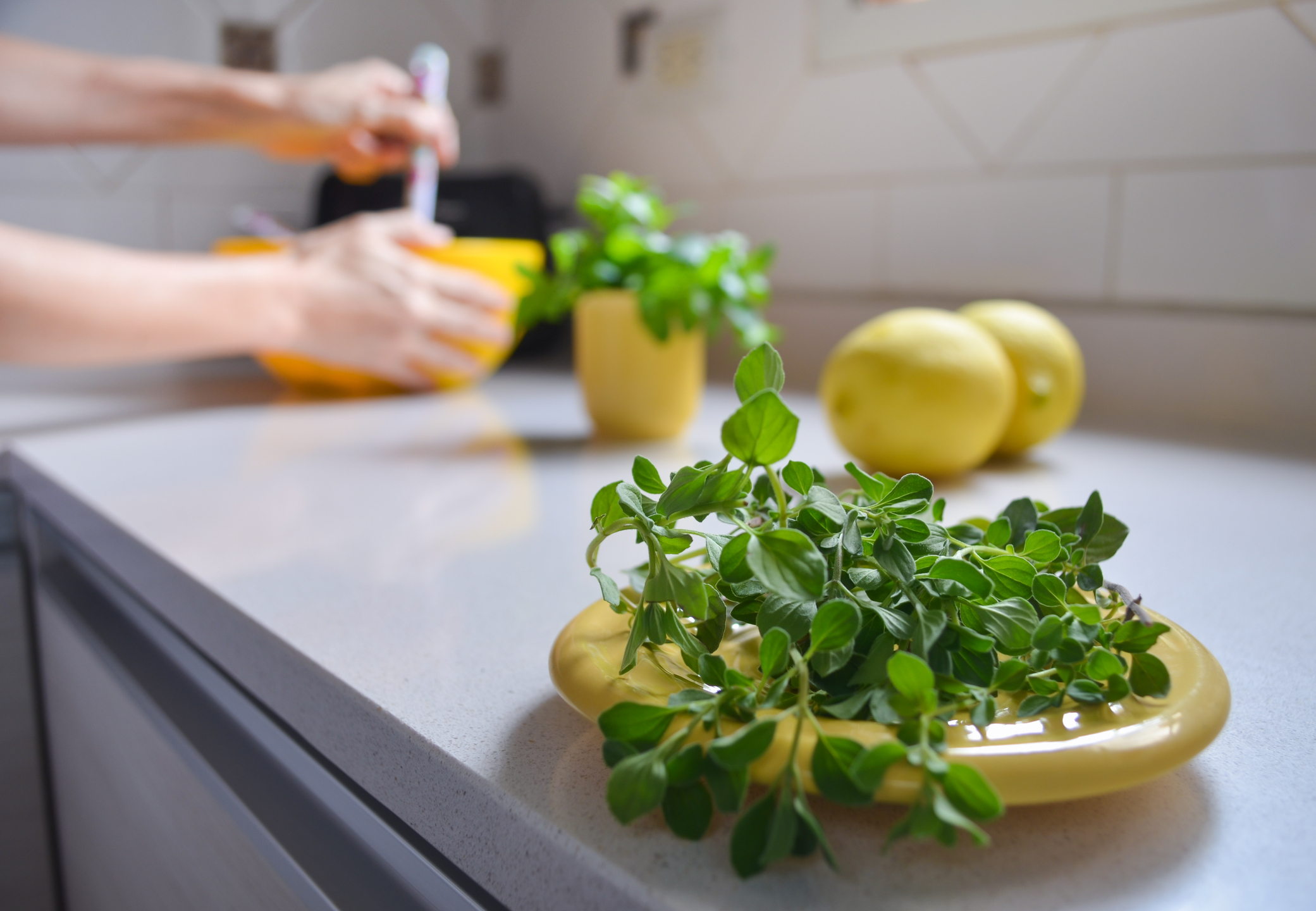 Every day we’re pounded with Big Pharma advertisements that tout the latest drug miracle that’s supposed to cure all of our ails.

But what we often forget is that Mother Nature’s medicine cabinet often holds the answer to so many of the illnesses that we suffer from.

In fact, that’s something plant scientists are currently working to bring to light…

The latest? Two popular Italian herbs that could go from farm to table to cancer treatment…

Scientists at Purdue University say that the herbs thyme and oregano, both indigenous to the Mediterranean region, possess an anti-cancer compound that suppresses tumor development.

That compound is known as thymohydroquinone.

Yet, as powerful as the compound is believed to be, it’s not the only reason these herbs are getting a lot of attention…

“Thymol, carvacrol and thymohydroquinone are flavor compounds in thyme, oregano and other plants in the Lamiaceae family. They also have antibacterial, anti-inflammatory, antioxidant and other properties beneficial to human health,” said d Natalia Dudareva, a Distinguished Professor of Biochemistry in Purdue’s College of Agriculture.

Better yet, thymohydroquinone may not be the only compound in the group capable of fighting cancer…

Carvacrol itself has been tested on prostate cancer cells. And the results of the study found it’s capable of inducing apoptosis, or “cell suicide” in these cells.

Together, these compounds could be the reason why some previous research has shown that eating pizza may cut down cancer risk.

However, Professor Dudareva says the plants contain very low amounts of the important compounds, but “by understanding how these compounds are formed, we open a path to engineering plants with higher levels of them or to synthesizing the compounds in microorganisms for medical use.”

The method would likely include a fermentation process to obtain the valuable compounds, as is true for many plant-based products. Drug development would follow.

So if you’re considering, like I am, eating Italian tonight, I can’t say that I blame you — especially when you consider that research has shown both of these super herbs to have powerful potential against cancer and more.

Extracts of Greek oregano and Mexican oregano have been found to be effective inhibitors of an enzyme that reduces the chance of developing type 2 diabetes.

And the carvacrol found in both herbs carvacrol has been studied extensively for its antimicrobial qualities against pneumonia, E.coli and even MRSA.

Studies have also found that oregano oil has the power to help kill a relentless form of bacteria known as persisters.  Persisters stick around in your body for a long time, because they manage to evade your immune system and, in some cases, are resistant to antibiotics. This includes Borrelia burgdorferi, the bacteria that causes Lyme disease.

Unfortunately, science is also showing that cancer rates are rising.

The latest annual report from the American Cancer Society estimates that nearly 2 million new cases of cancer are expected to be diagnosed and some 609,000 people will likely die from cancer in the U.S. in 2022.

Statistics like this bring home the fact that using the lifestyle means at our disposal — especially diet and exercise — to avoid cancer makes sense.