Home » Why red meat causes carcinogenic compounds in the colon 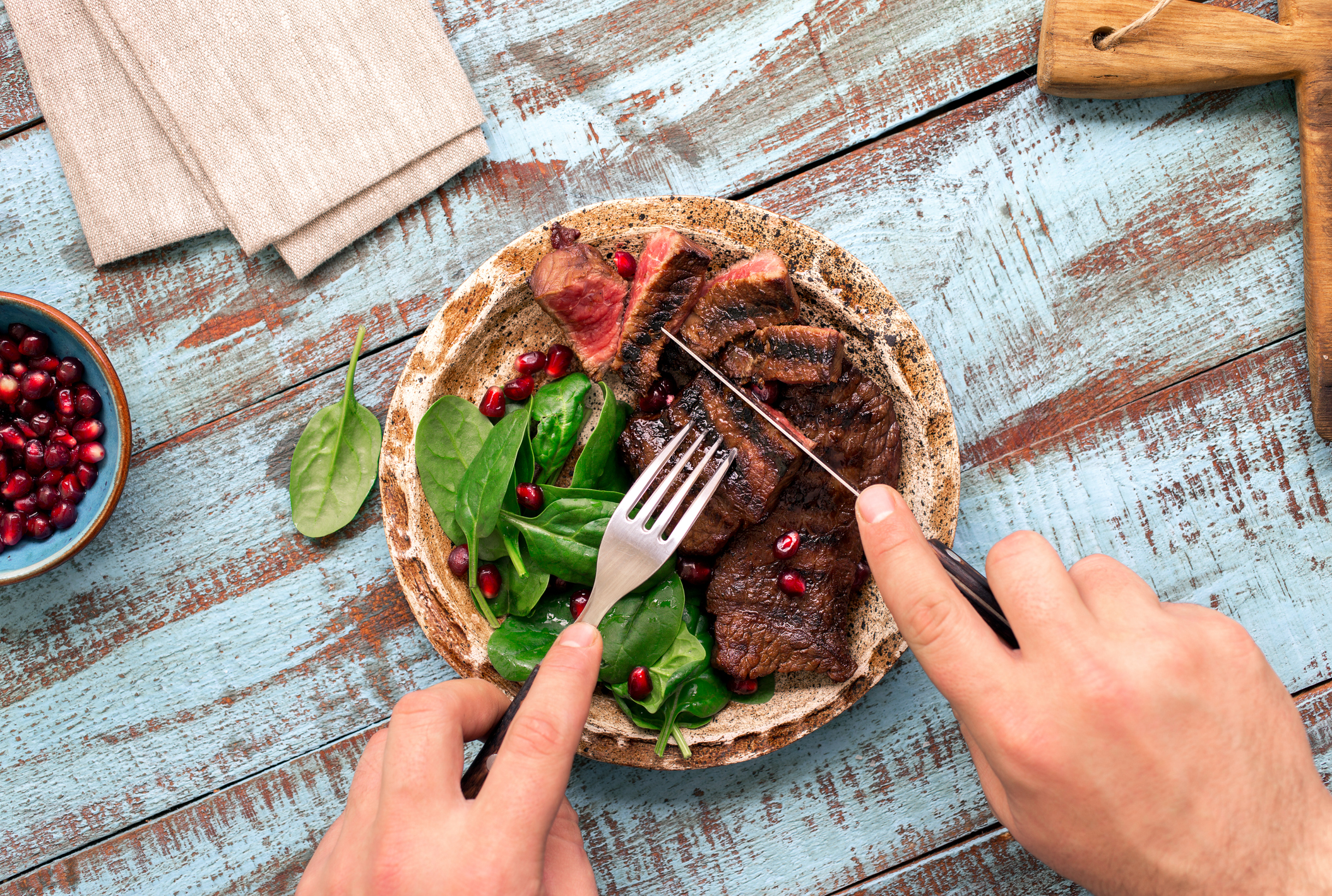 Even though screenings for colon cancer have improved and become far more common in the past decades, colorectal cancer is still the second most common cause of cancer deaths in the United States.

Yet, the risk of ending up with this type of cancer often comes down to lifestyle factors.

In fact, according to the American Cancer Society, “the links between diet, weight, and exercise and colorectal cancer risk are some of the strongest for any type of cancer.”

So what are their recommendations to keep cancer at bay?

Watch your weight, get more exercise and eliminate certain types of foods from your diet — particularly red and processed meats.

However, while we’ve long known that red meat and colon cancer can go hand-in-hand, there have still been questions as to why this type of meat in particular can lead to cancer. After all, other types of proteins such as fish and chicken haven’t been found to raise your cancer risk.

Now, however, new answers have been found in the DNA of colon cancer cells.

Genetic mutations and a higher risk of death

In a study, published in Cancer Discovery, scientists have now discovered that eating red meat actually leads to genetic mutations in the tissue of the colon.

Specifically, the researchers say that red meat causes a type of DNA damage known as alkylation.

To discover this missing link in the red meat/cancer puzzle, researchers sequenced the DNA from the colorectal tissue of 900 cancer patients. They also reviewed data that had been gathered on each patient’s diet for several years leading up to their cancer diagnosis.

And it all came down to one glaring fact…

And while simply having genetic mutations that cause cancer sounds bad enough on its own, there’s more bad news for people who love a juicy steak or hamburger…

Scientists say that the mutations with that alkylating signature have the potential to make colon cancer even more deadly.

In fact, they found that patients with tumors showing high levels of alkylating damage had a 47 percent greater chance of dying from the disease.

With the results of this study, it’s clear that to reduce your colorectal cancer risk, eating less red meat is a good start.

Additional ways to protect yourself recommended by the American Cancer Society include:

To make giving up that red meat easier, try making small substitutions that add up to big changes. For example, swap out your hamburger for a turkey or Portobello mushroom burger. Or instead of a grilled steak for dinner, why not go for a thick, juicy piece of salmon?

Every small change you make could be the one that saves you from cancer.