Home » Probiotics before exercise may be the secret to muscle growth 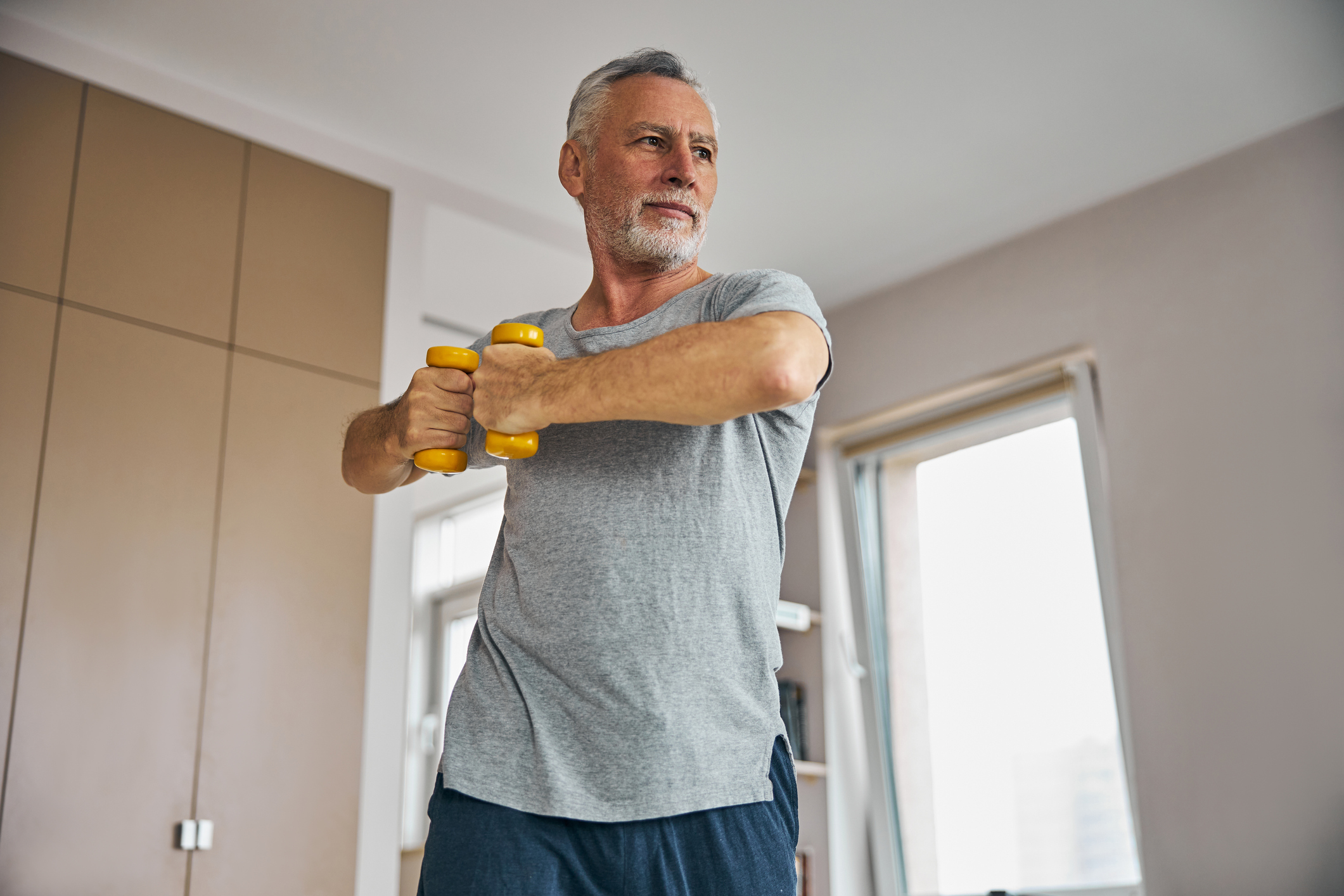 The more researchers study the gut microbiota, the more wonderous their findings are. They’re discovering that the trillions of “friendly” bacteria and other microbes living inside our digestive system do much more than keep the gut healthy.

For instance, scientists have uncovered a link between the gut microbiota and the brain they term the gut-brain axis. The health of the gut microbiome has been found to influence dementia development in patients with inflammatory bowel disease. And a gut microbiota that’s out of balance can also disrupt sleep and mental health, as well as impair memory formation and cognitive function.

And the brain is far from the only system in the body influenced by the gut microbiota. So far, researchers have identified connections between the gut microbiome and the skin, heart and immune system. They’ve also found when the microbiota is disrupted by stress or “bad” bacteria, it can trigger diseases such as diabetes and obesity.

Recent research has explored the link between the gut microbiome and the health of the body’s skeletal muscles. Age-related muscle loss is a major contributor to frailty, and though we know exercise can help, it turns out the gut may have a very important role in helping us make the most of it…

Building muscle via your gut

Results of a recent study in mice proved an intact gut microbiota is necessary for muscles to fully grow following exercise.

In the study, researchers allowed mice to run on exercise wheels daily. Some of these mice were given antibiotics in their drinking water, a treatment that killed the good bacteria in their gut microbiome.

At the end of nine weeks, the researchers found that muscles of the mice with a healthy gut microbiota grew more than those of the mice without an intact microbiome. Their muscles adapted differently even though both groups had the same amount of exercise on the running wheels.

These findings indicate a healthy gut microbiome is necessary for skeletal muscles to fully grow after exercising.

And suggests the “good” bacteria of the gut microbiota make substances that help muscles become larger after exercising.

If further study can identify these substances, researchers say they might be able to use some of them to promote muscle growth in people suffering from muscle loss caused by aging or certain diseases.

Researchers did say they weren’t sure if the antibiotics themselves directly influenced the ability of the mice’s muscles to adapt to exercise. They also note that the study exclusively used female mice, so the findings could be different in male mice.

The exercise-gut connection runs both ways

As is the case with all animal studies, it’s not known whether these findings will be the same in humans.

However, senior author John McCarthy observes that world-class runners have been found to possess a higher amount of a specific bacteria that provides additional energy, and that this bacteria is believed to help them run faster.

“Thus, the gut microbiome makes substances that appear to be important for skeletal muscles to fully adapt to exercise as well as help improve athletic performance,” McCarthy says. “We are currently trying to determine how exercise changes the composition and function of the gut microbiome.”

In another study, overweight women who did endurance training over six weeks showed a decrease in proteobacteria, a type of “bad” gut bacteria linked to gut inflammation, metabolic disorders and lung disease, among other illnesses. They also had an increased level of Akkermansia, a bacteria linked to better metabolism.

So if you want to keep your gut microbiome balanced and happy, it’s probably a good idea to get a regular dose of exercise alongside your probiotics. And it doesn’t have to be a hardcore, hours-long regime — simply taking a brisk 30-minute walk a few times a week is a good place to start.

Using the microbiome to promote muscle growth in muscle loss conditions such as ageing and cancer — EurekAlert!

Trends in the Use of Complementary Health Approaches Among Adults: United States, 2002–2012 — Centers for Disease Control and Prevention